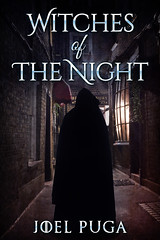 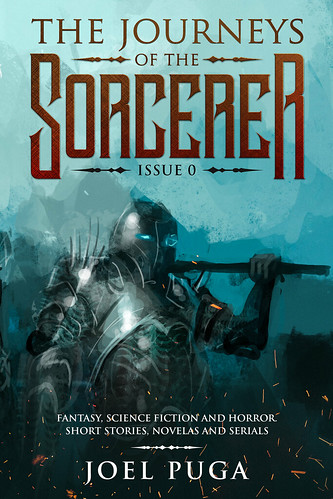 The first number of my magazine "The Journeys of the Sorcerer" is now available on all main retailers in ebook and paperback.

"This is the first issue of, "The Journeys of the Sorcerer", a one-man magazine filled with fantasy, science fiction, and horror stories.

In this issue, you'll find:

Terranova – In the 16th century, Manuel Corte-Real, the Portuguese navigator returned to Newfoundland in search of his missing brother, Gabriel. However, he instead finds something he never expected.

The Horned One – A black goat terrifies the people of the village of Meadela, who think it is the Devil. Are they right, or does the creature have a much more mundane origin?

The Time Machine – For years, Roberto studied, experimented, and worked to build a time machine. Now that he has finally completed it, he is prepared to travel into the past and have the life he always wanted but thinks is impossible to achieve in his own time. But, does he really have to travel so far to find what he is looking for?

The Jumper – After a long period away from the trampolines, Korhonen, the ski jumper returns to the sport he always loved. However, not even sports are immune to technology's relentless advances.

Nightlife – Will we have the time to live a life outside of work in the future?

Holestern: The Inheritance – Holestern, along with two companions, enters the desolate city of Durknaz in search of an artifact of great importance to him. Will he find it, or will his bones join the countless others lying among the ruins of the Damned City?

The Knight's Choice: Prologue and Chapter 1 – The first part of a serialized novel in which we will follow Loran, one of the royal knights of Veltraik.
After the end of the long war against the Artemisian Empire, an army of now unemployed mercenaries, hired by Veltraik, revolts and starts plundering the kingdom. Loran joins the army sent to stop them and ends up finding something that even the greatest wizard in the kingdom can't identify."